Rate this item
(4 votes)
A Turbo Diesel won the Touring Car Challenge - 5.0 out of 5 based on 4 votes

A Turbo Diesel won the Austrian Gran Tourismo Challenge. All doubted, nobody believed, some hoped, finally all are impressed. Herbert Karrer won the championship (with a TDI engine) The Austrian Touring Car Challenge is the world first racing league which started 2002 to allow gasoline cars compete turbo diesel cars in one racing class. The cars are all limited to 2 liter cylinder capacity. An interesting racing season was expected.

March 2002 UPsolute was carefully selected from a wide range of performance chip producers to help build the needed engine power to produce a competitive Turbo Diesel Touring Car. The mission was not easy since the gas competition consisted of very high powered cars, like the Honda Integra Type R, the Honda Civic Type R (210 hp stock!!) or the Toyota Celica (190 hp stock). And our vehicle (Seat Ibiza TDI Pumpe Duese) had only a stock power of 130 hp to build on. All mechanical modification to the engine are not permitted by the technical rules. So we knew that we need at least 190 hp and a very high amount of torque to follow the gas powered cars, without any mechanical modification on the engine. At this time the goal to win the racing series was more a wish than a goal. Reliable power increase of nearly 50 % without mechanical modification? A hard task, full of frustration, work, back drafts, but finally rewarded with the total victory!

At the finals in Brno, CZ, Herbert Karrer was a class of his own. A 7th place would have been enough to win the championship, but rain had not really been an advantage for the torque monster. Starting from the first place, and the only one with no rain tires after 2 rounds Karrer had been only on the needed 7th place, and we hoped he will be able to keep this position to win the championship. But in the middle of the race the rain stopped, and Karrers decision to go with non profile tires seemed to be the perfect choice. After this tactically race Karrer has been fighting back to the 2nd position. More than needed to win the Championship! Consequently Herbert Karrer is the winner of the championship 2002!

Congratulations to Herbert Karrer! Good luck for the season 2003!

Tweet
More in this category: « New Distributor in Hungary UPsolute at the AutoZum 2003 in Salzburg, Austria »
back to top 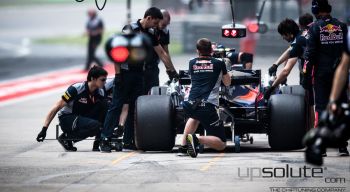 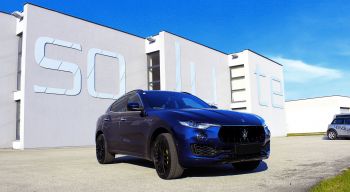 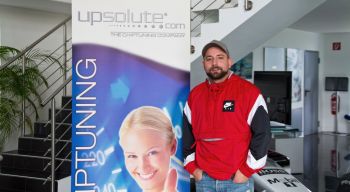 Christopher Seiler (singer from Seiler and Speer) at UPsolute :-) 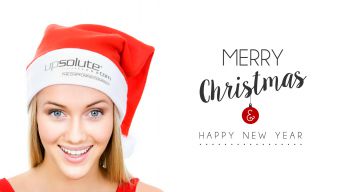 We wish you all a Merry Christmas and a Happy New Year 2019! Please notice, that the UPsolute Headquarters will be closed from Monday the…